A group of Alumni, highly established in their careers, they got together to visit their old university professor. Conversation turns into cmplaints about stress in work and life. 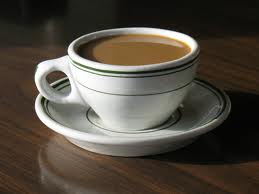 Offerring his guests coffee, the professor went to the kitchen and returned with a large pot of coffee and an assortment of cups; porcelain, plastic, glass, crystals.. Some expensive.., some exquisite...
Telling them to help themselves to the coffee. When all the students had a cup of coffee in hand, the professor said; .." if you noticed that all the nice looking expensive cups have been taken up, leaving the plain and cheap ones.  While its normal for you to want only the best for yourselves, that is the source of your problems and stress! 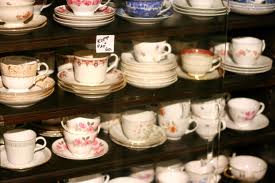 Be assured that the cup itself adds no quality to the coffee . In most cases, it is just more expensive and in some cases even hides what we drinks. What all you really wanted was coffee not the cup, but you consciously went for the best cups. And then you begin eyeing each other's cups.


Now consider this:
Life is the coffee...
The jobs, money and positions in the society are the cups.
They are just tools to hold and contain life and the type of cup we have does not define nor change the quality of the life we live.
Sometimes, by concentrating only on the cups, we fail to enjoy the coffee!
Savor the coffee..
Not the cups!
The happiest people don't HAVE the best of everything, they just MAKE the best of everything!


Love Generously
Care Deeply
Speak Kindly
May the God of hope fill you with all the joy and peace as you trust in Him.

Our old folks got angry when we broke a glass. They said, it's a badluck! But some says, it's something that one should be thankful for since it catched the bad luck that suppose gonna happen to someone around! And some says, its also a caution that one must be ready cause there's something bad that is going to happen! What ever you believe in, there's a truth on the broken glass;

ONE.    It cannot be fixed. Once it's broken you can no longer put it up back on the way it has been.
TWO.  It can hurt you if you're not watch out or if you try to pick up the small pieces by your bare hands.
THREE. It will become worthless. Even how expensive it might be, once it's broke, it will be of no costs and useless!

LESSONS;
It's no use to pick up the small pieces when it's broken like relationships. It will just hurt you. We can no longer fix it into what it has been even how good and precious it has been.

Picking up small talks around you can just hurt you, so let it be and accept. Face a new one and take extra care this time! 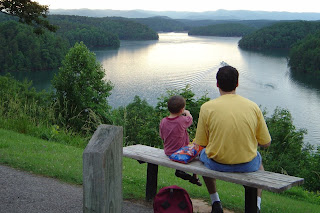 One day, a rich dad took his son on a trip. Wanted to show him how poor someone can be. They spent time on the farm of a poor family. On the way home, dad asked, "Did you see how poor they are? What did you learn?".
Son said, "We have one dog, they have four, we have pool, they have rivers, we have lanterns at night, they have stars, we buy foods, they grow theirs, we have walls to protect us, they have friends, we have encyclopedias, they have Bible." Then they headed, "Thanks dad for showing me how poor we are."

LESSON: It's not what we acquire materially that makes us rich or poor, its how we see things in our own perspective!
Upplagd av Erikka kl. 15:42 Inga kommentarer:

I believe that everything here on earth great and small has lessons that we could apply in our lives to be better. And as we know Life is so complicated but as for me, I can always learn life's lessons from the things I see and touch and experienced!

In this blog I will share  illustrations that can give lesson to our everyday life! May you will learn with me as we strive to be a better one!

"... look at the ants, they are so tiny but works so hard in preparation for rainy season!"
Upplagd av Erikka kl. 08:52 Inga kommentarer:

Make me a shower of Blessings Oh Lord, my Rock and my Salvation!

Be Strong..Be not Afraid... for the Lord your God is with YOU WHEREVER you may GO!

May the Word of my Mouth and the meditation of my HEART be acceptable to you Lord!

For I know the plans I have for you, plans to PROSPER you and not to harm you, PLANS to give you Hope and a Future!